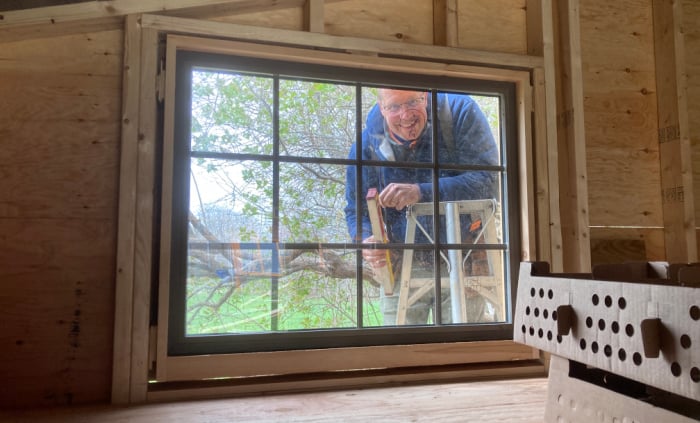 Long-time reader, first time writer. While I understand that running a farm obligates you to write about mulch and all that nonsense, it seems like there’s a fair bit of renovation going on at the farm this year. Having employed a number of carpenters myself over the years, I thought I could save you some trouble and offer my top ten tips for handling them. 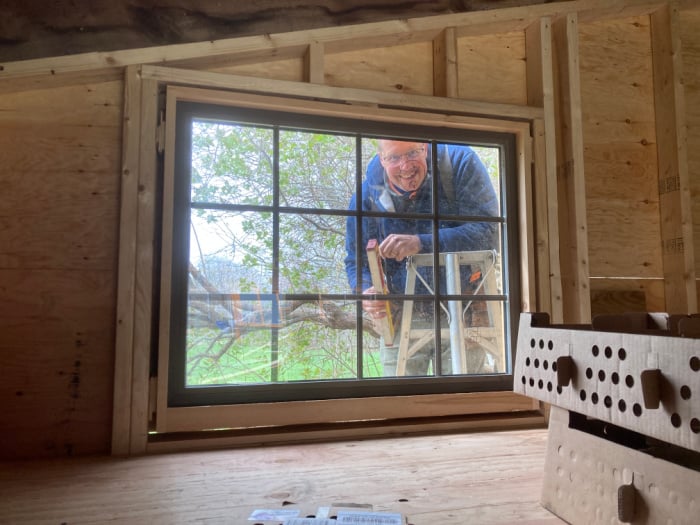 The above rules also apply to female carpenters. Don’t mistake their slightly smaller physical stature for weakness. They’re tougher than their male counterparts, and better at tearing down ceilings – glass, drywall, or otherwise. 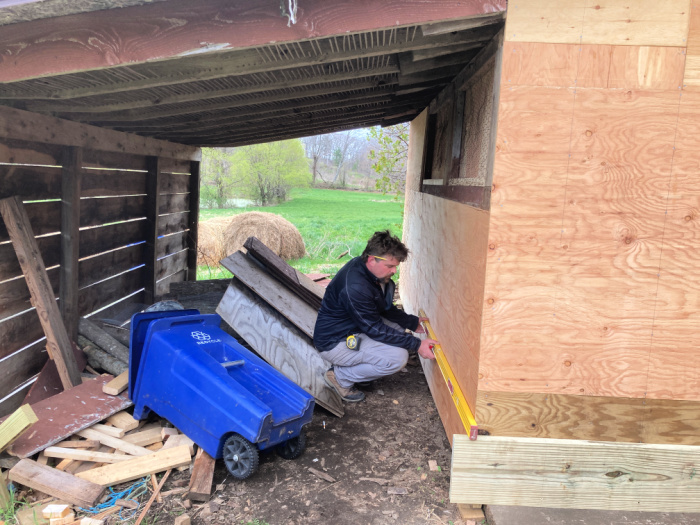 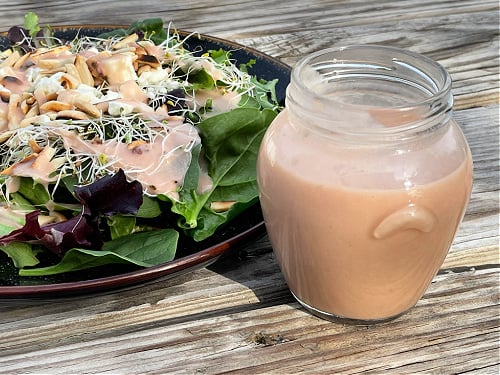 Here are some quick videos from this past week. I was on an iPhone vacation this week so the videos and pictures are in a bit of a short supply this week. 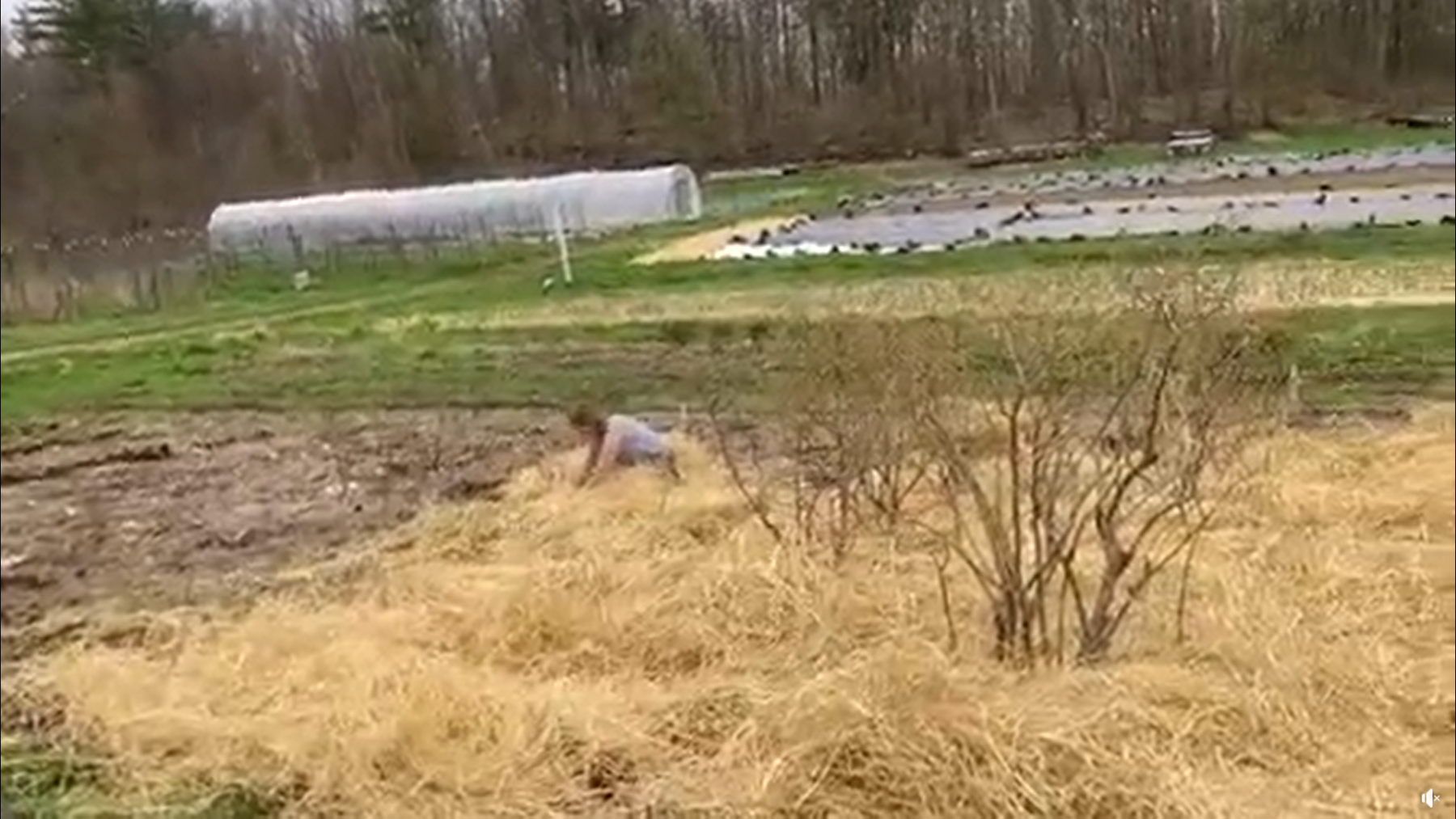 We race up to June 1st to get things done that we won’t realistically get back to until after the CSA ends in late November. 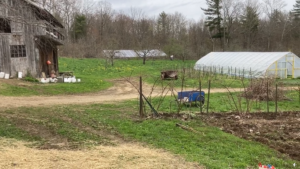 On one acre of land drench around your trees and small fruits the following recipe from AEA:

We are right around 100 folks and still taking CSA members. Don’t tarry! Though I am not one to be afraid of food shortages, that might be because we have about 75% control of our food production here at the farm. Whatever your motivation to join the CSA, you will be rewarded by good food, good health, and a vibrant community. 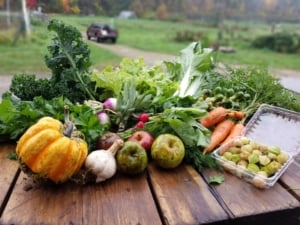 All of a sudden our Friday working shareholder day has significantly depopulated. So, looking for folks right now particularly for Fridays, but we can talk about other days also. 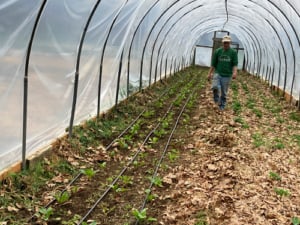 Danny is moving to a full-time working shareholder – and take a close look at the early chard and kale for the CSA.

We have some curly and flat parsley in excess, and still have red raspberries to dig. We also have left over chard plants that are worth saving.

Have a happy Mother’s Day. You are a wonderful mother to your children and the earth God gave us. Thank you. There aren’t enough like you around.

Thanks for the kind words about Mother’s Day. I don’t think I will need any other gifts tomorrow!

Circle of Song Concert, May 14

7 pm at the Barre Town Hall. We would love to see you there. 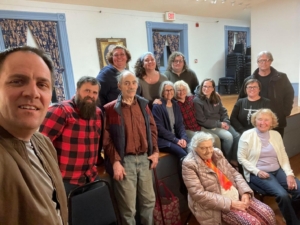 Play with the Quabbin Community Band this summer

This ensemble and its predecessors are over 100 years old. Truly a community band, QCB is made up of professionals all the way down to beginners. We read each concert on a Monday night and play it the next Sunday for 10 concerts. All are welcome to drop in and to take off as vacation or other plans conflict. We start rehearsals on Monday, May 9 at the Barre Town Hall, 6:30 – 8:30 pm and our first concert is Sunday, June 19, Father’s Day. Contact me if you are needing a nudge to pull out the instrument. Margaret Reidy is our conductor this summer, a consummate musician, director and very fun to work with.

We are picking our way through May with a combined farm purpose of getting our perennials all taken care of to be left alone until season’s end and to move forward in the slow slog to get everything planted. We also need to balance weeding and mulching early crops in a timely fashion.

This week we actually didn’t plant much, though we finished our four onion seedling beds early in the week. We did get 4 beds prepped in the west field, and did a foray into our potato planting operation. The garden is where they will go and the early hoeing and adding oats and peas worked quite well. We will develop furrows to plant the potatoes (next week) in the mulch. Later we will hill them, mulch close up and leave the cover crops to grow.

In gold star country we weeded and mulched four of our onion sets beds. We had covered them with row cover and germination was astounding (for the weeds and the onions). They are now under a beautiful bed of straw mulch.

And much progress on perennial fruits – moved and trimmed red raspberries, black raspberries, and blackberries and hardy kiwi, our rose hill, our juneberries and gooseberries. All are sporting new straw mulch. Blueberries are in process. 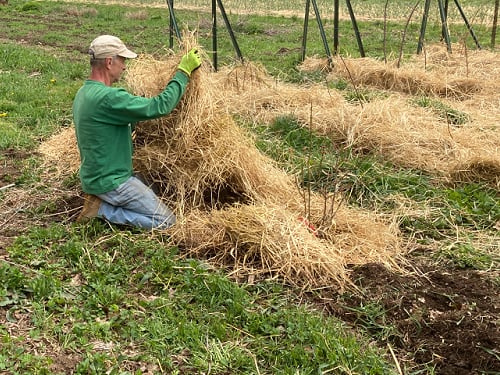 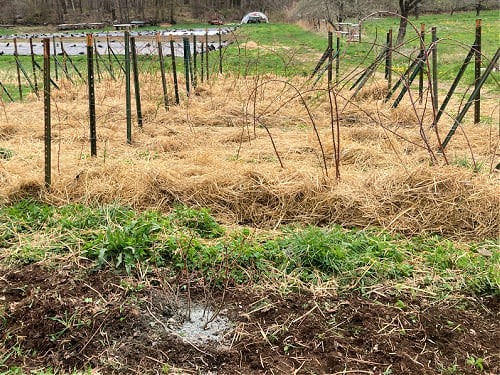 This looks like a nice place in which to take an afternoon nap.

Jonathan and company finished the brooder in time to receive our new chicks on Friday and now a front door, continued work on windows, pull down door to attic of the garage and then siding. I think I would like to retire with Jack to the brooder house when the time comes! 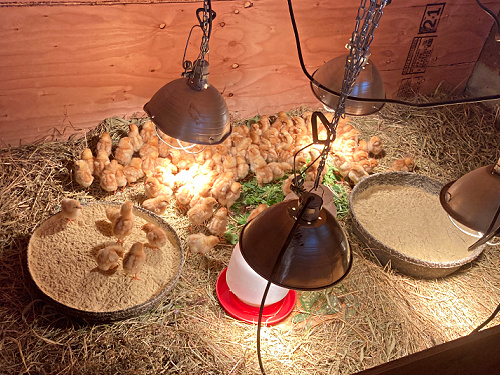 Baby layers at home in their new digs.

I had a nice chat with some residents at the Barre Family Health Center on Friday accompanied by a great PowerPoint about the farm that Christy put together. 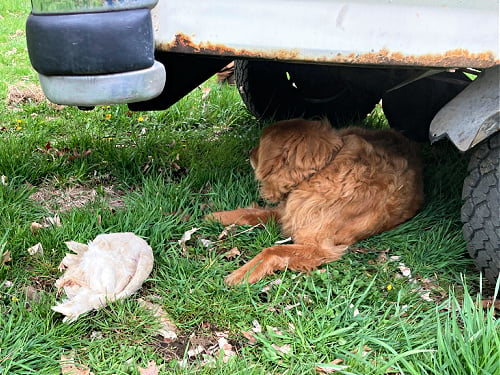 Franny likes to keep her dead chickens close at hand. 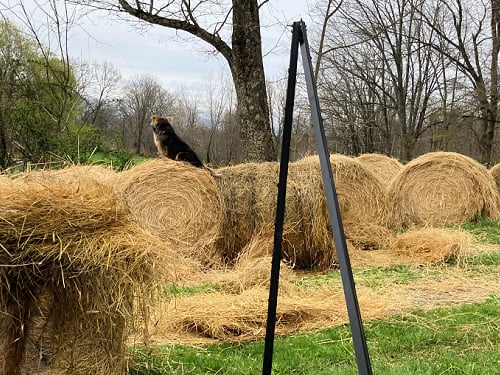 I suspect that you farmers out there are as weary as we are at the end of the day as we all build our “farm strength”.

The abuse that farmers sometimes have to take from their volunteer staff...
Scroll to top